Getting Rambo to talk isn't easy. Luckily, Arjun and I managed to corner him on one occasion when we were all chilling at Harshitha, Sulu and Ananya's place. Let's dive right into it!

Me: So Rambo, how did you end up at Sandarbh?
Rambo: When I was in college, I was definitely a good for nothing guy. In 2011, during my internship semester, I didn’t have a job and was just loitering around in Pondicherry. My sister-in-law called me one day, asking me how my internship was going – only to realize I didn’t have one. Leena, was one of her classmates in college, and so she requested her to take me on as an intern.
When I got to Sandarbh, I found that they were doing a lot of good work and in turn I was getting great exposure! The overall experience was really good. Unlike my friends who were working in other places, I was not getting blasted left, right and center. I definitely looked up to Sai and even today, he’s right up there in my mind! (*Note to the readers: Rambo only referred to Sai by his name because we were all drinking. In office he will either refer to him as Sir or not refer to him at all! I bring this up as most of us simply call Sai by his first name, but the culture in office was really different back when Rambo joined and he still hasn't been able to make a complete transition from that). Through the course of my internship, I saw Leena a total of maybe 4 times. Ally was a baby back then, and so Leena would mostly work from her workspace upstairs, while taking care of Ally. I had to go back to college to pass the backs that I had. After that one of my friends Isaac was working here and so a while later I came back and joined him at Sandarbh. He ended up leaving after some time but I’ve been here since and the rest is history. 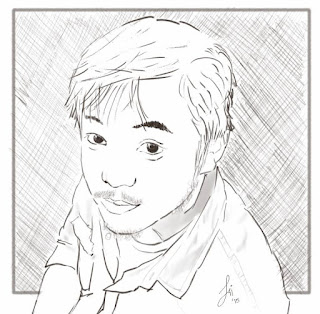 Me: Watching you work now, I can't quite believe that you were good nothing. Why do you say that?
Rambo: This is a story that goes back to my graduation in architecture. We generally have 6 months for thesis and we totally ended up wasting 4 of them. We had a director from the UK who didn't allow us to build basic things like airports and malls. He wanted us to derive our ideas from the intangible. The idea had to be such that it touched the heart. The director left after 4 months and after that was when the work actually started. That was when I decided to build an airport. The research alone took a month and a half. On the day of the jury I literally presented the site plan only. The juror asked me if I wanted to pass. I said yes. And that was that. 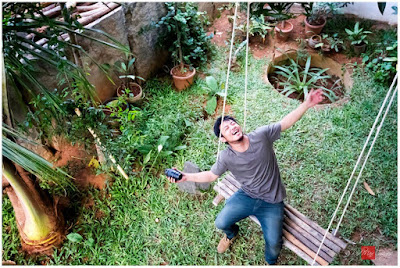 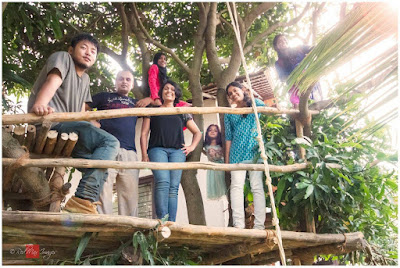 The Rambo back then, is quite different from the one now in many ways and quite similar in some ways too. When I see him work now, I have a hard time believing some of the things he tells us. The renders he creates leave us in awe. Keep reading to know more about his journey on how he turned from the guy without an internship to a sketchup pro...